Soozi is An Arsenal of Entertainment to Banish Boredom! 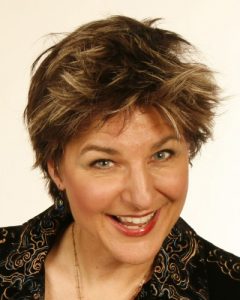 Soozi has brought her unique brand of entertainment to Family & Corporate Events, Movie Premieres and Festivals all around the world since 1982.

Soozi has entertained at parties for both the NY Yankees and the LA Angels playersʼ families, performs in her one-of-a-kind balloon body puppets on stilts (and even on a Segway!) at Red Carpet Movie Premieres including Disney’s Up, Wall-E, Ratatouille, & Pirates of the Caribbean 2, 3 & 4 and can frequently be seen entertaining the guests at Disneyʼs El Capitan Theatre in Hollywood. She is one of 60 multinational performers invited to entertain at the First 3 International Clown Festivals in Mainland China, is the Production Manager for the world’s largest balloon art project, Balloon Manor (a 10 room, 10,000sf haunted mansion built from over 100,000 balloons!), entertained 100s of hospitalized children with the award winning Big Apple Circus Clown Care Unit in NY, performed her Statue of Liberty on Stilts for the 2004 Republican National Convention, body painted models at The Playboy Mansion and entertains at numerous public and private functions all over the world! She has done private parties for such luminaries as Johnny Depp, Neil Patrick Harris and the Sultan of Brunei and entertains all her audiences with the same red carpet treatment.
Featured in the Los Angeles Times, Variety, Balloon Magic Magazine, ABC News , is a member of the Screen Actors Guild and the world famous MAGIC CASTLE in Hollywood.